Slot games span a huge variety of themes and styles, exploring everything from Ancient History to futuristic fiction, but one of the most dominant themes, and one that developers return to time and time again, is Ancient Egypt.

It seems that gaming developers are fascinated with this period, and who can blame them?

What are Egypt Themed Slots?

Slot games set in Ancient Egypt explore characters such as Rameses the Great and Cleopatra, along with landmarks like the Sphinx, the pyramids, and the bountiful Nile river.

It was the birth of civilization and may have even inspired famous Greek gods, customs, and landmarks, thus influencing most of the Ancient World and its biggest empires.

UK players can step into the shoes of an intrepid explorer as he ventures into a previously undiscovered tomb and explores the mysteries within, or journey back in time and stand alongside great kings, queens, and deities.

You’ll see gods like Anubis and Isis, symbols like Ankhs and the Eye of Horus, and an abundance of fine gold and bronze jewelry—not to mention plenty of hieroglyphs.

There are spin bonuses to collect, big payouts to trigger, and even a number of jackpots. Don’t wait up and experience ancient Egypt in a fascinating way, almost like attending an exhibition at the British History Museum, from the comfort of your own home. 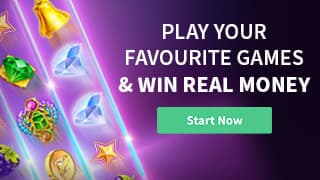