Play the Age of the Gods: Fate Sisters Slot Game

The “Moirai”, or “Fates”, played a significant role in Greek myth and legend and had immense power. In fact, it’s said that even the gods themselves had to submit to the fates, as they controlled all life, both mortal and immortal. They wove life on individual threads, determined its length based on the length of the threads, and then cut them whenever they wanted those lives to end.

If you’re ready to join the Fate Sisters on their wicked adventures, take a spin on this slot game today. To learn more about it, including the rules, features, and paylines, take a look at this Age of the Gods: Fate Sisters review. 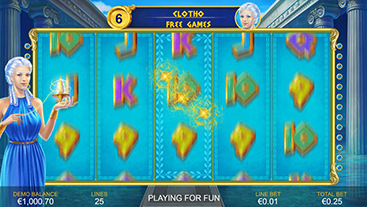 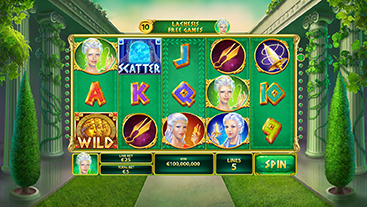 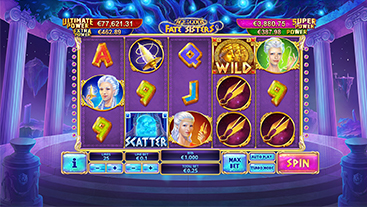 The Age of the Gods: Fate Sisters slot game takes place in the magical underworld that the Fates call home. The wheels are filled with images of the sisters themselves, as well as the threads that they weave to create lives and the scissors they use to end them.

Try this slot game’s features for free by playing in demo mode. Also known as practice mode, it’s available to every Slots Heaven CA account holder and is offered on a variety of top slot games. It’s the best way to sample the features and gaming mechanics before you commit to a real money spin.

You need to play for real money to be in with a chance of winning the Age of the Gods progressive jackpots. There are four of these available and every real money spin gives you a chance to trigger one of them.

There are four jackpots on the Fate Sisters slot game, and these are the same jackpots that you’ll find throughout the Age of the Gods series. They are listed on the top of the game reels at all times and they vary in size and frequency. As with all Age of the Gods games, these jackpots are always growing and you’re in with a chance of winning every time that you take a spin.

The Blue Orb scatter symbol triggers the Fates’ Portal free games feature, at which point you’ll be asked to choose from one of three options, each representing one of the famous sisters:

Lachesis: By measuring the length of the threads, Lachesis determines how long a mortal or immortal life will be. She offers 10 free games on a beautiful green backdrop, with Locked Wilds and more spins triggered when she re-appears on the third reel.

Clotho: The sister who weaved the famous threads has a lush blue backdrop, features 8 free spins, and comes with random wild symbols.

Atropos: The most powerful, and arguably the most sadistic, Atropos was the sister who severed the threads of life. Her free games take place on a bold red backdrop and there are 15 in total, all of which come with a multiplier that goes from 2x to 5x.

That’s not all, as Age of the Gods: Fate Sisters also has a respin feature that triggers when these sisters appear on specific reels. They lock in place as the rest of the reels spin.

Bring the mighty fate sisters onto your mobile device courtesy of Slots Heaven CA! The colours are brighter, the reels are slicker—it’s the best way to play! All Slots Heaven CA games are available on iOS and Android devices, including classics like Age of the Gods: Epic Troy, which follows the story first penned by Homer about the “face that launched a thousand ships”.

Nothing is lost when you switch over to mobile and you can still unlock the features and win the jackpots.

The story of the Fates is not as well-known as the tales of Zeus, Hades, Hermes, and Poseidon, nor is it as common as myths about Atlas, Sisyphus, and Hercules. But make no mistake about it, these three sisters were incredibly important to the ancient Greeks and many great ancient storytellers wrote about them.

Ager of the Gods: Fate Sisters immerses you into the world of the Fates and showcases some of the power that they wielded.