Play the Age of the Gods: Furious Four Slot Game

Age of the Gods: Furious Four is a Playtech slot game that is steeped in Greek myth and legend, like so many other great games available at Slots Heaven CA.

If you’re a big fan of the Age of the Gods series, one that includes titles like God of Storms and Ruler of the Dead, then this game is perfect for you. In this review, we’ll take a deeper dive into the game and give you an idea of what you can expect. If you’re ready to skip straight to the game, just fund your account, click the link on this page, and start playing! 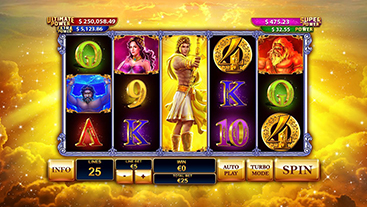 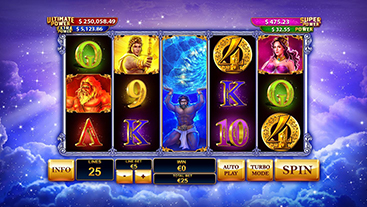 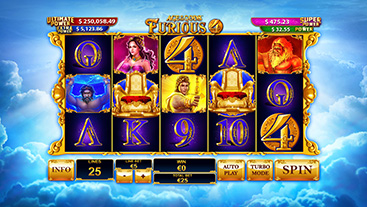 This slot game explores four of the most important figures from Greek mythology:

It makes for an unusual but powerful combination that is sure to appeal to fans of mythology, as well as anyone who enjoys original games.

Most Slots Heaven CA slot games are available in demo mode. You’ll get free credits to use and you don’t need to have funds in your account, nor will you risk any real money. The progressive jackpots are disabled throughout demo mode.

Visit the Cashier, add some funds to your Slots Heaven CA account, and join the Furious 4 today! You’re just a couple of clicks away from joining these mighty mythological figures in their quest to dominate the heavens.

Age of the Gods: Furious Four has a progressive jackpot system that is also attached to a number of other Playtech games. There are four different prizes to be won and they can be claimed completely at random. Every player has a chance to win and you don’t need to stake a specific amount to qualify.

Apollo is the only member of the “Furious 4” that would ever be given a golden throne, but that doesn’t stop the others from trying! When the Golden Throne Scatter appears 3, 4, or 5 times, 12 free games will trigger and these can be combined with up to 4 different features, one for each of the legendary figures:

The Golden Throne Scatter symbol offers an instant win, as well, and this ranges from 5x for 3 to 200x for 5.

Age of the Gods: Furious Four was created a few years ago now and while it offers a few different features and a progressive jackpot system, it’s actually quite a simple game. As a result, you can play it on most mobile devices that work on the iOS or Android platforms.

The icons are made with mobile players in mind and you can change your stake and control the spins with just a tap of your finger.

Step back in time and through the realms of reality with Age of the Gods: Furious Four, a classic progressive jackpot slot game that you can play right here at Slots Heaven CA. It’s part of a vast series of Playtech games that spans many gods, titans, demigods, and heroes from the vast and engrossing world of Greek myth.

All Slots Heaven CA members are invited to play this slot game on mobile and desktop, and if you’re new to the site, you could even get a Welcome Package! Sign up, deposit, collect, and immerse yourself in the fascinating world of Hellenic myth.