Play the Kong: The Eighth Wonder of the World Slot Game

The mighty King Kong first appeared on the big screen back in 1933, when a film with a budget of over $600,000 earned close to 8x that at the Box Office. It was a classic and continues to be ranked as one of the best films ever. In 2005, Peter Jackson remade the film and while the bar had been set pretty high, it was still very well received and went on to win 3 Academy Awards.

The Kong slot game is based on that 2005 film and it features many of its all-star cast members, including Naomi Watts, Jack Black, and Adrien Brody. The “Eighth Wonder of the World” subtitle stems from the moniker that has been given to the great Kong since the beginning.

Whether you liked the remake or not, if you’re eager for some King Kong action, then this slot game could be just what you’re looking for. 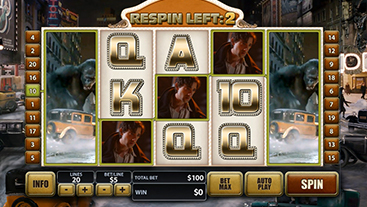 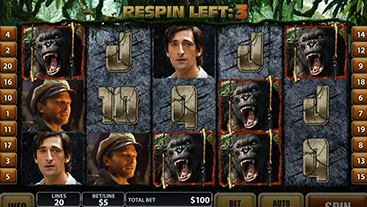 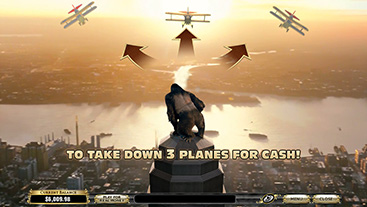 As you might expect, King Kong, the Eighth Wonder of the World himself, is the star of the show in this slot game. The misunderstood beast features as the wild and generates a return of up to 3,000x when 5 symbols appear on a single payline. It substitutes for all symbols (except the scatter) and triggers a win when just two appear in a single payline.

Of the main game symbols, Naomi Watts triggers the biggest wins, followed by Adrien Brody. As with the wild, these symbols also payout for just two consecutive symbols.

The base game setup of the Kong slot game is relatively simple and straightforward, but things can get trickier once you advance through to the features. We have discussed these in more detail below, but you can also play in demo mode to experience them first-hand. You will need a Slots Heaven CA account to activate demo mode, but you don’t need to have any funds in your account.

Visit your account page, click “Deposit”, and choose your preferred payment method. Once you enter the amount and initiate the transaction, a process that should take just a few seconds, you’ll be ready to return to this page and make some real money spins!

The wild symbol triggers payouts of up to 3,000x per payline, turning a $1 line bet into a $3,000 win. Bigger wins are available during the game’s features.

The main game can be accessed in Jungle Mode and Big City Mode. The payouts are the same, but the features that they activate are different. In Jungle Mode, you can activate Skull Island Bonus, where you need to choose locations on the map to reveal cash prizes.

In Big City Mode, it’s all about the City Tower Bonus, where the goal is to take down the planes that are attacking Kong and collect prizes in the process.

There are also respin features available in both game modes. These differ slightly, but in both instances, you will get 3 respins with additional wild features.

Kong: The Eighth Wonder of the World looks its best on smaller screens. The high-definition graphics, combined with the compact screens and touchscreen capability, make for a more enticing experience, one complete with vivid colors, eye-catching animations, and memorable features.

If you’re looking to bring a classic creature feature to your mobile device, then add some funds to your account and make sure you’re mobile-ready. If that still doesn’t sate your need for monsters, action, and drama, take a look at the Gods and Giants slot game from the Age of the Gods Norse series.

Branded slot games tend to draw the eye more than original creations and Kong: Eighth Wonder of the World is no exception. Not only does it capture some of the themes and aesthetics of the film on which it is based, but it also features some of the best-loved actors and actresses in the world.

Whether you thought the 2005 King Kong remake was a classic or a letdown, if you like all-action titles and have an affinity for monster flicks, this slot game could be perfect for you!